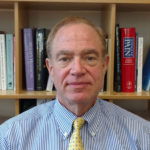 As CGRP monoclonal antibodies (mAbs) are rarely 100% effective at preventing migraine, clinicians are starting to combine them with gepants to treat breakthrough headaches. Richard Lipton, Edwin S Lowe Professor of Neurology at the Albert Einstein College of Medicine, New York, USA, explains that there is a growing body of evidence from pharmacokinetic and observational studies, and post hoc analyses of clinical trials, which supports the use of CGRP mAb and gepant combinations.1-5

Professor Lipton recommends that gepants should be given with CGRP mAbs to the same patients who would be gepant candidates when not on a CGRP mAb, such as those with contraindications or inadequate response to triptans, or intolerable side effects, or who are at risk of medication overuse.

The approval of rimegepant 75 mg for prevention as well as treatment of migraine opens up the possibility of using the drug every other day for prevention and using an extra dose for breakthrough headache. Moving forward, Professor Lipton sees a continuing role for CGRP mAbs in preventive therapy in combination with gepants; some patients may prefer a preventive CGRP mAb injection monthly or quarterly and an oral gepant as need while others may prefer an oral gepant for prevention, acute treatment or both. Choice of treatment will be guided by multiple factors.

An extended version of this article is available on Hot Topics

* This interview was filmed before the approval of atogepant for the prevention of episodic migraine in adults in the USA.

Why not tell us about your experiences of combining CGRP mAbs with gepants so that other Forum members can benefit.

Since the US approval of the first gepant for the acute treatment of migraine in December 2019, clinicians have been reporting their experiences of combining these agents with CGRP monoclonal antibodies (mAbs) in some patients. Richard Lipton, Edwin S Lowe Professor of Neurology at the Albert Einstein College of Medicine, New York, USA, discusses the evidence for combination therapy and the practicalities of prescribing.

As CGRP mAbs are rarely 100% effective as preventive treatment for migraine, gepants are being considered by many clinicians for treating breakthrough headaches. The safety and effectiveness of acute treatment with the approved gepants, ubrogepant and rimegepant, are supported by randomised controlled trial (RCT) data.1-4 There is also a growing body of evidence from pharmacokinetic, observational studies and post hoc analyses of clinical trials supporting the use of combination treatment with CGRP mAbs and gepants.5-9

The evidence for ubrogepant and mAbs

For ubrogepant, there was a pharmacokinetic (PK) study showing that there were no clinically significant or meaningful changes in PK profile when the drug was coadministered with erenumab or galcanezumab, and there were no safety concerns or changes in vital signs.5

Interim data from the COURAGE study reported at the American Headache Society meeting in June 2021 also suggested that ubrogepant is effective when used in combination with CGRP mAbs.7 In this observational study of approximately 200 people taking both a CGRP mAb and ubrogepant, we investigated up to three migraine attacks per patient over a three-month period, recorded on the Migraine Buddy app. Reports based on the first treated attack showed that, following ubrogepant, more than 60% achieved meaningful pain relief at two hours and 85% achieved meaningful pain relief by four hours post dosing.

The evidence for rimegepant and mAbs

A report of two women with at least two decades of self-reported suboptimal response to multiple migraine medications described the addition of erenumab to previous rimegepant treatment.8 In each case, rimegepant treatment while on erenumab was highly effective and patients were able to stop other acute treatments. No treatment-related adverse events were reported.

For rimegepant there is also evidence showing that the drug is well tolerated when administered with CGRP mAbs.8,9 In a sub-study of 13 patients from an open-label, long-term safety study of rimegepant administered with erenumab, fremanezumab or galcanezumab, five patients reported one or more on-treatment adverse events and, of these, two patients had mild or moderate nasopharyngitis.9 Three patients had AEs of mild or moderate severity that were considered potentially treatment-related. No AEs were serious or led to treatment discontinuation, and there were no reported aminotransferase levels more than three times the upper limit of normal.

When should gepants be given with mAbs?

I recommend that gepants should be given in combination with CGRP mAbs in the same patients who would be gepant candidates not on a CGRP mAb.  Gepants are particularly useful acute treatments in patients who have contraindications or inadequate response to triptans, or who have intolerable side effects with those drugs, or who are at risk of medication overuse.

A patient may be started on a gepant for any of these reasons and then have a CGRP mAb added, or they may have started on a CGRP mAb and then have a gepant added for breakthrough headache. For dosing in a patient on a CGRP mAb, I usually find that a starting dose of 50 mg of ubrogepant is sufficient, but I increase to 100 mg if appropriate, while for rimegepant I use the standard 75 mg orally dissolving tablet.

Rimegepant for both prevention and acute treatment

The approval of rimegepant 75 mg every other day for the prevention of migraine creates several fascinating potential scenarios. I can envision giving rimegepant every other day for prevention and using an extra dose for breakthrough headache. As the FDA label states that safety is demonstrated for up to 18 tablets per month, there would be room within labelling for treatment of up to three breakthrough headaches along with preventive therapy.

For people who are at the cusp of needing prevention – perhaps having 8-10 monthly headache days – there is evidence from long term open label safety studies that acute rimegepant treatment reduces monthly headache days.10 Relatively frequent acute treatment with rimegepant may therefore have preventive benefits and reduce the need for a separately prescribed preventive therapy. There is no evidence that gepants cause medication overuse or medication overuse headache which is a significant limitation of most other acute treatments. That creates an opportunity to use rimegepant acutely on a frequent basis and it’ll be fascinating to see how we end up using a treatment that’s effective both acutely and preventively.

Because the benefits of gepants as preventive therapies begin relatively quickly, within the first week for rimegepant, these drugs may also prove useful for emerging short-term prevention of migraine.

Where do we go from here?

In the USA, combination therapy is already widely used for the treatment of refractory headache, so it is not unusual for a patient to be on a CGRP mAb and onabotulinumtoxin A.  Gepants are sometimes added as rescue therapy. Although this approach is not widely used in some other countries, there is emerging observational evidence for the success of various combinations in the USA.   Moving forward, I see a continuing role for CGRP mAbs in preventive therapy in combination with gepants. Some people will prefer to have a preventive CGRP mAb injection once a month or once a quarter and to take an oral gepant for breakthrough therapy as need. Others will be happy to take an oral gepant as a preventive treatment, as an acute treatment or for both.

Adherence is always an issue with oral medication so that decreased frequency of dosing is an advantage of CGRP mAbs. However, it takes longer for an adverse event to clear for a long half-life drug such as a CGRP mAb.  In addition, in women of childbearing potential, how soon after treatment can a women begin to try to get pregnant?  If a CGRP mAb has a half life of 30 days, it takes 5 months for the drug to be 95% gone.  If a gepant has a half life of 11 hours it is 95% gone in just a few days.  Choice of treatment will be guided by multiple factors.

We’ve never had such a broad range of effective therapies for the billion people around the world with migraine, and the opportunities for tailoring treatment to patient need have never been greater.

Most relevant disclosures:  Richard Lipton is a paid consultant and advisor and has conducted studies funded by Abbvie, Amgen, Biohaven, Lilly, Lundbeck, Novartis and Teva and owns stock or options in Biohaven.

Why not tell us about your experiences of combining CGRP mAbs with gepants so that other Forum members can benefit.