Migraine is characterised by recurrent moderate to severe headaches with a number of associated symptoms. The underlying pathophysiology is complex, involving the vasculature, central and peripheral pain signalling pathways, as well as inflammation. Both genetic and environmental factors are known to play a part in the disorder.

Internal or environmental triggers can activate a series of events that generate a migraine headache. The clinical phases of an attack are well described, but may not be experienced by everyone:

Migraine is broadly classified into episodic migraine and chronic migraine based on the number of days a person experiences migraine each month:

How common is migraine?

Migraine is the most prevalent disabling neurological condition and the third most common disease worldwide (after dental caries and tension-type headache) and affects up to 1 in 7 people (14–16% prevalence).2 To put this in context, migraine is more common than diabetes, epilepsy and asthma combined.3 Migraine appears to be three times more common in women than in men, probably due to hormonal changes.4

The majority of people with migraine have episodic migraine but those with chronic migraine appear to suffer most from the disorder with greater impact on daily activities, use of healthcare resources, reduced health-related quality of life and higher rates of co-morbidities.5

What is the burden of migraine to the individual and society?

Migraine is associated with high levels of disability and financial burden on society worldwide. The disorder was listed as the seventh most disabling disease condition in the Global Burden of Disease survey 2015, affecting more than 10% of the world’s population. In the last decade (2005-2015), there has been a 15.3% increase in years lost to disability due to migraine.2,6 Severe migraine attacks are classified by the World Health Organization as among the most disabling illnesses, comparable with dementia, quadriplegia and active psychosis.7

Migraine also has a severe impact on absenteeism from work and healthcare costs.  A cross-sectional survey (The EuroLight Project) across eight countries in the European Union, which included 55% of the EU adult population, showed that the mean per-person annual costs were €1222 with the total annual cost of migraine in the EU being €111 billion.8 How is migraine managed?

Not only is migraine often not diagnosed, appropriate therapeutic management is often an issue. About 50% of people with migraine treat themselves with over-the-counter medications without referral to a healthcare professional.9 The American Migraine Prevalence and Prevention Study found that only 56% of people with migraine had ever received a medical diagnosis. In the study, 49% used over-the-counter medications, 20% used prescription medications, and 29% used both. Only one in 8 (12%) of migraineurs indicated that they were taking a migraine preventive medication, but 17% were using medications with potential anti-migraine effects for other medical reasons.10

Drugs for acute treatment of migraine attacks include:

The aims of acute treatment of migraine are to:

Patients with frequent migraine attacks require preventive therapy for migraine. As migraine is a complicated condition, individuals vary widely in their response to therapies and therefore migraine management plans should be individualised. Non-medical approaches include counselling, exercise, stress management and relaxation techniques. Drugs classes for migraine prevention include:

These drugs, on average, reduce migraine frequency by 50% in about 40–45% of patients. However, compliance and adherence is poor because of their many adverse events.11

The aims of preventive treatment of migraine are to:

What are the unmet needs in migraine prevention?

Both acute and preventive therapies can be ineffective or poorly tolerated and some have significant contraindications. For example, triptans, despite having only weak vasoconstrictor properties in humans, are contraindicated in patients with severe vascular conditions such as angina or ischaemic stroke, and in people with several untreated vascular risk factors. This significantly restricts treatment choice for these patients. Therefore, new drugs are needed to treat migraine attacks in patients in whom triptans are not effective, are initially effective but symptoms recur, are poorly tolerated, or are contraindicated.

Despite many management guidelines being published by expert groups and policy makers (e.g. American Headache Society, NICE, SIGN, Canadian Headache Society, British Association for the Study of Headache, etc; refer to http://www.cgrpforum.org/resources/links/) there is discordance between them in some areas including classification and risk-benefit profile for treatment options. There is a clear need for consistent guidelines endorsed by all interested parties.

Patients report that lack of efficacy and high levels of side effects are the key reasons for them discontinuing preventive migraine medication.12   These factors mean that side-effects adherence with migraine preventive therapy is generally low (<30% at 6 months, <20% at 1 year).13

In summary, the unmet needs for migraine prevention include:

Membership is freely available to all healthcare professionals. 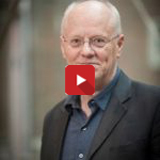 An invitation from the Editors
Members receive: Over time, CGRP Forum will also offer other programmes and research opportunities.Take 2 minutes to become a member now » Invite a colleague »
MENU