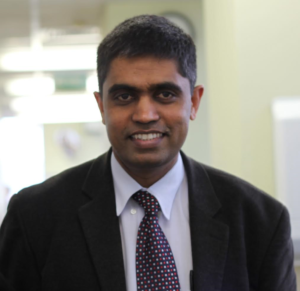 Professor Tissa Wijeratne is the Director of Academic Medicine; Director of International Affairs; a senior Neurologist and Director & Chair of the Department of Neurology; Director of the Stroke Unit, Neuroscience Research Unit and Headache program at Western Hospital, Melbourne. Tissa is a Professor in Neurology and Clinical Associate Professor in Medicine, Western Health Clinical School, and University of Melbourne, Australia. He leads a successful stroke care program at Western Health where the team manages a large volume of stroke and TIA patients in western metropolitan Melbourne. He has supervised advanced training of fifteen neurologists since 2007. This included supervision of training of five overseas neurologists at the premises of Western Health. In 2010, Tissa joined the Education Committee of the World Federation of Neurology to continue his work in the field of neurology education with his international colleagues from the rest of the world. He was a key part of this committee till 2014. In 2014, he was invited to sit in the advocacy and public awareness committee of the World Federation of Neurology until 2018. Tissa was the lead contributor for the World Brain Day education material which was distributed throughout the world in early July 2014. He was part of the national advocacy and policy committee, RACP, Education and Learning Committee for four years. He is also an examiner for the Physician’s exam, RACP. He is a principal investigator for many international multi-centre randomised clinical trials in stroke and other neurological disorders at Western Health. Tissa was the membership officer, public officer (Director) at the Stroke society of Australasia from 2011-2013. His current research involved headache service development, models of optimisation of neurological services, acute and preventative therapeutics in migraine, neuropsychological and visual biomarkers in neurological disorders.

He is a joint secretary of the Australia and New Zealand Headache Society, Australia which was established in 2014. Tissa and his close colleague headache physicians in Australia were instrumental in setting up this society.

Tissa has published 86 papers (author, co-author or contributory author) to-date. He has presented more than a hundred international lectures (brain health related) in various parts of the world. At present, he has a citation index of 2261 with a H index of 21 and an i10 index of 26.

Professor Tissa Wijeratne has no disclosures