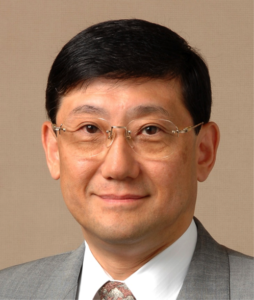 Professor and Chairman of Neurology at the Keio University School of Medicine, Tokyo

Norihiro Suzuki is Professor and Chairman of Neurology at the Keio University School of Medicine in Tokyo. He graduated from Keio University, Tokyo in 1977 and received his medical degree and doctorate in medical science in 1981. In addition to his clinical career as a neurologist, he started research on innervation of the cerebral and dural vessels, particularly on the parasympathetic and trigeminal innervation. He completed his dissertation “cerebrovascular parasympathetic and sensory nerves” and presented it to the University of Lund, Sweden in 1989. He defended his doctoral thesis before Professor Michael A Moskowitz at Harvard Medical School and received PhD degree in Neurobiology at the University of Lund. He was appointed Professor and Chairman of the Department of Neurology, Keio University School of Medicine in 2004. He is a Fellow of American College of Physicians (FACP), a Board member of the International Society of Cerebral blood flow and Metabolism from 2002 to 2006.

Professor Suzuki is currently the President of the Japanese Headache Society (2014~) and a Japanese representative of the Advisory Council of IHS. He had been appointed and working as a co-opted member of the IHS Board of Trustees to represent Asia for the term of 2011-2013. He has been encouraging the clinical activity and research for headache in Asia, e.g. ARCH (Asian Regional Conference for Headache) and IHS Headache Master School 2013 in Tokyo. He would also establish some international academic seminars on headache basic research as well as clinical fields around headache in relation to IHS.

Professor Suzuki’s research interests include the mechanism of vasodilatation of cerebral blood vessels with special reference to pathophysiology of migraine and trigeminoautonomic cephalalgia in which CGRP must be deeply involved, and molecular mechanisms of cerebral cortical depression in relation to pathogenesis of migraine with aura etc.