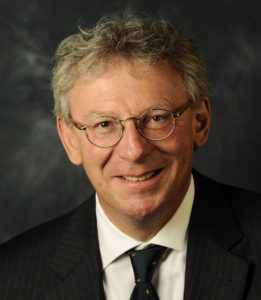 Professor Ferrari is a Fellow of the American Neurological Association (FANA) and the Royal College of Physicians (FRCP) and Honorary Member of the Colombian Neurology Society and the International (IHS), Danish and Italian Headache Societies. He has received numerous awards, including the Arnold Friedman Distinguished Clinician Researcher (1995) and Harold G Wolff (1997) Awards from the American Headache Society, the Migraine Trust Special (2002) and Macdonald Critchley (2016) Lectures, The European Headache Federation (2006), and IHS Special (2009) Lectures, and the triennial Hartmann Muller Prize for Biomedical Research from the University of Zurich (2011). The Dutch Neurological Association awarded Dr Ferrari in 2005 with the five-ennial Winkler Medallion for Excellence in Neurological Research and The Netherlands Organisation for Scientific Research (NWO) bestowed upon him in 2004 the Vici Innovational Research Personal Incentive Schema Award and in 2009 the Spinoza Life Time Achievement Premium, the highest science prize in The Netherlands.

Professor Ferrari is the PI of several international consortia, including the FP7 EUROHEADPAIN programme, in which 9 European centres collaborate to study the pathogenesis and treatment of migraine and its chronification. He serves on executive and scientific boards of many scientific organisations, is Associate Editor of Cephalalgia and Headache Currents, Senior Associate Editor of Headache, and a regular peer reviewer for various scientific journals. He has organised several international congresses, incl. the 1997 IHS World Conference in Amsterdam, and has co-authored many books and over 500 peer-reviewed publications on the neurobiological, genetic, clinical and therapeutic aspects of migraine, cluster headache, ataxia, and epilepsy. He ranks among the global top three most cited scientists on “Migraine and Other Vascular Headaches”. His landmark paper on the first migraine gene (Cell 1996) is the highest cited paper in the field. In 2015 his personal profile was highlighted in Lancet Neurology.