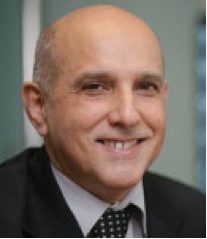 Professor of Neurology and Neurosurgery

After receiving his MD from Federal University of Pernambuco, Brazil (1981), Marcelo Valença began his scientific career at the National Institutes of Health, USA (1983-1987).  From there Dr Valença moved to Ribeirão Preto School of Medicine-USP, where he held the position of Assistant Professor of Physiology.  Since 1988 he has been at the Federal University of Pernambuco, where he is now Full Professor of Neurology and Neurosurgery.  During his academic life he has also spent time at the National Hospital for Neurology and Neurosurgery, University of London (1995), and McGill University (2009-2010).

My areas of special interest regarding CGRP are physiopathology of migraine, secondary headaches and acute and preventive treatment.

Professor Marcelo Moraes Valença has no disclosures to declare