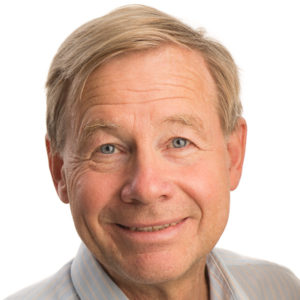 
Lars Jacob Stovner, Neurologist, born 1953, has been Professor of Neurology at the Norwegian University of Science and Technology (NTNU) since 1995, leader of the Norwegian Headache Society from 1996-1999, head of the Department of Neurology at St. Olavs Hospital in Trondheim from 1999-2001, and head of the Norwegian Advisory Unit on Headaches from it was established in 2000. From 2009 till 2016 he was head of the Department of Neuroscience at NTNU. He is director of the charitable non-governmental organiSation “Lifting The Burden” which has official relations to the World Health Organisation.

His group has performed several studies on the treatment of migraine, cluster headache and cervicogenic headache, both medicines and surgical approaches. In particular, the group has developed candesartan, an AII blocker, and lisinopril, an ACE inhibitor, as useful migraine prophylactics. His group has also focused on epidemiological research on the causes and consequences of migraine and other headaches, mostly based on the HUNT study, a large epidemiological survey in Nord-Trøndelag county in Norway. Professor Stovner has chaired an international group aiming to document headache as a public health problem worldwide, as part of the activity within Lifting The Burden, in collaboration with the World Health Organization, as partner in a EU project (Eurolight), and as contributor to the Global Burden of Disease Studies. He has also been involved in the estimation of the health economic consequences of headache, as contributor to the “Cost of disorders of the Brain in Europe” by the European Brain Council.

Professor Stovner has no disclosures to declare