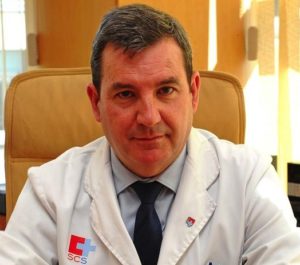 Professor Pascual has been President of the Headache Group in the Spanish Society of Neurology, Headache Chair of the European Federation of Neurological Societies, Deputy Editor of Neurología and Editor-in-Chief of Revista de Neurología. He is currently Associate Editor of Headache, Headache Currents and the Journal of Headache and Pain. His publications include 13 books, 142 book chapters, 354 original papers and more than 400 congress communications, most of them on headache, his main area of interest. He has received several scientific prizes and awards, such as the Enrico Greppi and the Harry Kaplan.

Professor Pascual Gómez has received grants from the Ministry of Economy, Spain and Consulting services for Allergan and Amgen-Novartis