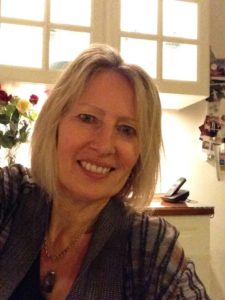 She started her migraine research career in 1985 working on the characterisation of peptide receptors in cranial arteries from various species including man. The work resulted 1991 in the doctoral thesis: Sensory neuropeptides in the cerebral circulation: Role in cerebrovascular disorders.

In 1994 Inger Jansen-Olesen moved to Copenhagen starting cerebrovascular in vitro animal experimental research at the Department of Neurology. In the years between 1996 and 2002 Inger Jansen-Olesen was Associate Professor of Pharmacology, Faculty of Pharmaceutical Sciences, University of Copenhagen, Denmark. She moved back to Glostrup Hospital in 2002 as Senior Scientist, and head of animal experimental research at the Danish Headache Center.

Inger Jansen-Olesen's main lines of research have been to study the role of the peptidergic innervation of cranial blood vessels and their relation to migraine with a specific focus on calcitonin gene-related peptide. She has characterised peptidergic receptors for several perivascular peptides and signaling substances in isolated cranial arteries of human and animals. Currently the main focus remains on these issues, on the development of animal models for migraine and on the mechanisms activated by migraine provoking substances. With reliable animal models for migraine, it will be possible to get a deeper insight in the mechanisms involved in the generation of migraine attacks and it will reveal new targets for future migraine treatment

Inger Jansen-Olesen has published 134 original papers in peer reviewed journals, she has 5557 citations and an H-factor of 43 (Google Scholar, April 2017).