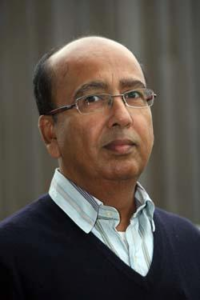 Dr Fayyaz Ahmed qualified from Dow Medical College, Karachi (Pakistan) in 1986 and moved to the UK after his residency.  He was trained in Neurology at the St James’s University Hospital, Leeds and the Imperial College, London and was affiliated with the Princess Margaret Migraine Clinic at the Charing Cross Hospital (1992-1996) where he did his research.  He has been a consultant neurologist at Hull since 1996 where he established a dedicated headache clinic.  He was a clinical director for Neurosciences (2003-2011) during which he completed his MBA (exec) with distinction from University of Hull. He served in BASH as secretary (2005-2008), vice chair (2009-2010) and chair (2011-2013). He was the Chair of Headache (UK) (2012-2016), Director at the European Headache and Migraine Trust International Congress (EHMTIC) (2011-2016), topic specific member in the NICE headache guidelines (CG150-revision).

He is currently on the Board of Trustees of the International Headache Society (IHS), a member of the ABN headache subcommittee, Trustee of the Migraine Trust and educational officer for BASH.  His research interest lies in Chronic Migraine and Cluster Headaches and is involved in headache education in the UK for many years.  He recently completed his certificate in postgraduate medical education from Hull York Medical School.