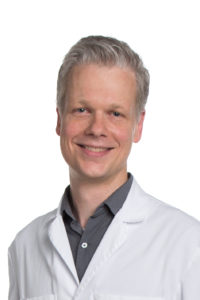 Christoph Schankin is working as attending physician for the headache outpatient clinic, the emergency department and the neurological consult service at the Department of Neurology, Inselspital, Bern University Hospital, University of Bern in Switzerland. He has published more than 40 original papers and is further involved in several local and international clinical research studies on headache, visual disturbances in migraine as well as emergency neurology.

After his medical studies at Heidelberg University (Germany), at Columbia University (New York) and at the Biology Department at York University (UK), he obtained his medical degree in 2004. He afterwards specialised in Neurology at the Department of Neurology at the University of Munich (Germany) working with Professor Thomas Brandt and Professor Marianne Dieterich. His clinical focus was in acute neurology and headache, and he joined the headache research group working with Prof. Andreas Straube in Munich. From 2011 to 2013, he did a post-doctoral clinical research fellowship with Professor Peter Goadsby at the Headache Center at University of California, San Francisco with a focus on migraine, specifically its pathophysiological mechanisms, its acute therapy and its complicating visual disturbances. For his research, he received several national and international awards including the Wolffram award by the German Migraine and Headache Society as well as the renowned Harold G. Wolff Lecture Award by the American Headache Society in 2014. Over the years, he has been involved as investigator in various clinical trials on headache and intensive care medicine. In 2015, he obtained the venia legendi (Habilitation) for Neurology at the University of Munich for his research on pathophysiological mechanisms of secondary headaches and migraine-associated visual disturbances.

Dr Schankin has no disclosures to declare