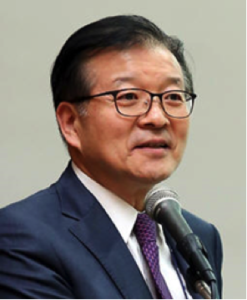 In addition to his major sub-specialty of stroke, he established the first Headache Clinic in South Korea in 1995 and launched the Korean Headache Society (KHS) in 2001. And he served as the KHS president (2003-2007) and the vice-president of the Asian Headache Foundation (the president professor Fumihiko Sakai). Since October 2016, he has been the president of ARCH (Asian Regional Committee of Headache), which was originated from the Korean-Japanese Headache Congress that was launched by Chin-Sang Chung and Fumihiko Sakai in 2006. He is also the congress chairman of the Korean Stroke Society (KSS) after having served as the KSS president (2014-2016). He is actively involved in clinical researches on headache and stroke and has published 123 articles in SCI journals and has written many book chapters on stroke and headache.